Dog out of water.

I have a wonderful Labrador/collie cross dog, he is the kindest, gentlest animal and such a great pet. One thing that never ceases to amaze me about him is that he doesn't like water.

It's the strangest thing from the breed that he is any way. Can you just imagine the petulant teenager that never wants to get in the shower well that's my dog. However this has been the case since he was a puppy, he loves being taken for his walks the problem is, I live in County Mayo R.O.I. and we get a LOT of rain, (that's why are fields are so beautifully green,) there will always be a few puddles of rain water glistening in the sunlight between The clouds, and how does my doggie treat these puddles? he walks around them, never through them always around them. I have tried to get him to walk through them with a bit of treat temptation but still no way will he go through the water. he is not frightened of it, doesn't flinch doesn't whimper he just says no in doggie terms.

He is now three years old and I am still trying to get him to walk in water, nearly came up with the pun then(walk on water) but thought better of it. I had no idea why I want him to go into the water until the other day walking him on the beach, when my mind drifted to Monty my old dog , he was a gold retriever, loved water and took so much enjoyment from playing in the water at the beach. That's it, that's why I want him to do that Monty derived so much fun from it I though this little fella would too.

Ho! I am silly, I have spent so many years advocating that people ( and I do realize he's a dog honestly )change for no one unless it's something they want to do and here I am with a dog who obviously and stubbornly does not want to change his ways with or with out a treat .

whooooo! that's a learning curve for me. I take your point doggie you don't want to change this bit of you, you like being with me and catching the pebble I throw for you that's your thing.

Buddha said "Be where you are otherwise you will miss your life".

I am always trying to do more to add more and I could be missing out on now and just enjoying the pebble throwing instead.

This little video is a bit of craic 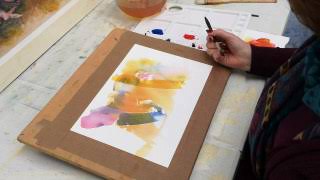 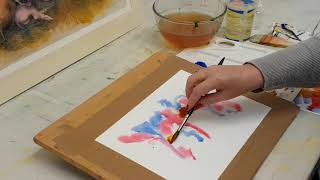 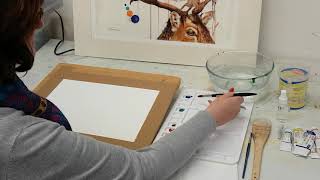 Setting up your table for beginners, with water colour painting. 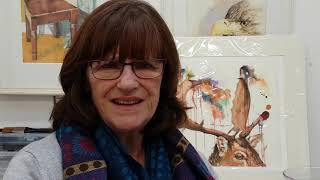 I wanted to have a chat to you before I started the beginners videos so I made a chat video for you. 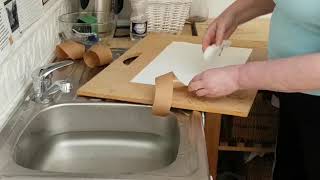 Lets stretch that paper out. 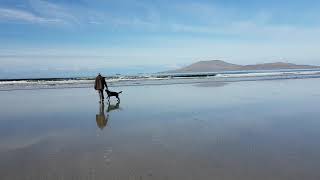 Dog out of water. 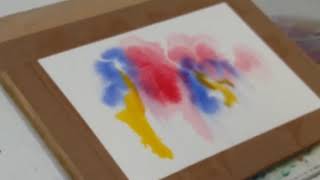